The generation of mesoscopic entangled states (highly non-classical quantum correlations) is a hot topic of current research. The focus of our group is to devise schemes for entanglement generation.

Generation of Mesoscopic Bell states in a double well potential 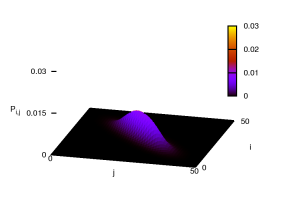 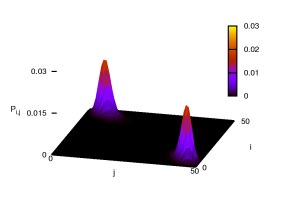 We investigated a Bose-Einstein condensate in a tilted double-well potential under the influence of time-periodic potential differences in the regime where the mean-field (Gross-Pitaevskii) dynamics become chaotic. For some parameters near stable regions, even averaging over several condensate oscillations does not remove the differences between mean-field and N-particle results. While introducing decoherence via piecewise deterministic processes reduces those differences, they are due to the emergence of mesoscopic entangled states in the chaotic regime. The right plot below shows the Poincaré surface of section for the system described within the mean-field picture. Closed loops indicate regular dynamics while dots show up in the chaotic regions. The right plot depicts the emergence of entangled states in dependence of the initial state characterized by a population imbalance z and a phase φ. 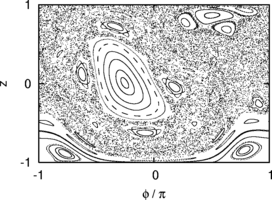 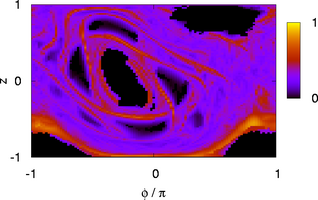