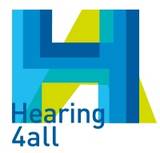 Despite the implementation of a thorough clinical standard in diagnostics and treatment of hearing disorders, the current clinical repertoire of diagnostic methods and therapy is based mainly on the appearance of symptoms rather than on the exact cause of the underlying disease. Modern medicine, however, requires an individually-tailored therapeutic plan which takes into consideration the different pathophysiological processes that could cause similar symptoms.

To improve diagnostics and therapy, the implementation of new clinical methods is needed. Many psychophysical tests (e.g., speech audiometry tests, binaural interaction tests) which have already demonstrated their potential in basic hearing research have yet to be incorporated into the clinical diagnostic repertoire. The integration of these methods will allow a better prediction of the auditory performance in everyday complex acoustic settings than is currently possible with classical tests.

New developments in cellular and molecular biology, systems physiology, psychophysics, psychophysiology and in modeling auditory mechanisms will further allow for the development of a new diagnostic approach providing for a therapy that is based on the exact cause and extent of a given hearing impairment, such as, e.g., differentiating between inner hair cell and outer hair cell loss.