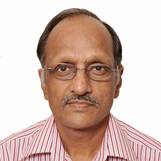 He earned his PhD degree in chemistry of natural products from the University of Jodhpur, India (in 1978). For the last thirty three years, he has been on the faculty of chemistry department, Indian Institute of Technology, Roorkee (formerly University of Roorkee). He was raised to the status of full professor in the year 1996. He received the Outstanding Teacher Award for the year 2007.

His present area of research interest is enantiomeric resolution of compounds of pharmaceutical importance using chromatography, both the direct and indirect methods, along with development and application of chiral derivatizing reagents.

In 1987, he developed the de novo approach of mixing an optically pure chiral selector with the slurry of silica gel for direct resolution of enantiomers by chromatography. This is now a recognized/ established approach in literature for separation of enantiomers through ion pairing and in situ formation of diastereomers.

Ravi Bhushan was awarded the prestigious Alexander von Humboldt fellowship by the AvH-Stiftung, Bonn, Germany in the year 1988. Since then, he has been regularly visiting the laboratory of Prof. Dr. J. Martens at the University of Oldenburg which resulted into several joint international publications, and a book entitled Amino Acids: Chromatographic Separation and Enantioresolution (by Ravi Bhushan and J. Martens), HNB Publishing, New York, 2010; pp 322; ISBN: 978-0-9728061-3-8.

Prof Bhushan has headed the Chemistry Department and the administrative divisions of the Finance, and the Planning at IIT Roorkee. He is the founder of an Intellectual Property Rights Cell. He has been instrumental in creating new infrastructure in the chemistry department, starting a five year integrated MSc (chemistry) program with the development of syllabi and curricular structure and getting signed many Memoranda of Understanding, between IITR and various Universities globally.

He is a Fellow of the Royal Society of Chemistry, London, Fellow of the National Academy of Science, India, Fellow of Indian Chemical Society, and life member of many academic societies including Indian Science Congress.

He received European Economic Community Fellowship in 1992 and worked at University of Bristol, UK. Besides, he worked at Washington State University, USA and visited National University of Singapore.

Prof Bhushan is the member of the editorial board of Biomedical Chromatography (since Jan 1996), published by John Wiley & Sons, UK, and has edited three Special Issues on Chiral Resolutions as Guest Editor in Sep 1997, May 2001 and July 2005. Besides, he is the member Editorial Board of Bioanalysis (publisherd by Future Science Group, UK), and Acta Chromatographica (by Akademiai Kiado, Hungary).

He has published more than 170 research papers in the international refereed journals along with invited chapters in books and encyclopedia. He has supervised 24 doctoral and 46 Master's theses. He has also authored a book on Stereoisomerism, in addition to the one mentioned above. He produced several educational-TV films which were telecast on national network.