Transjordan in the Context of the Southern Levant and Beyond from the Iron Age to the Hellenistic Period. 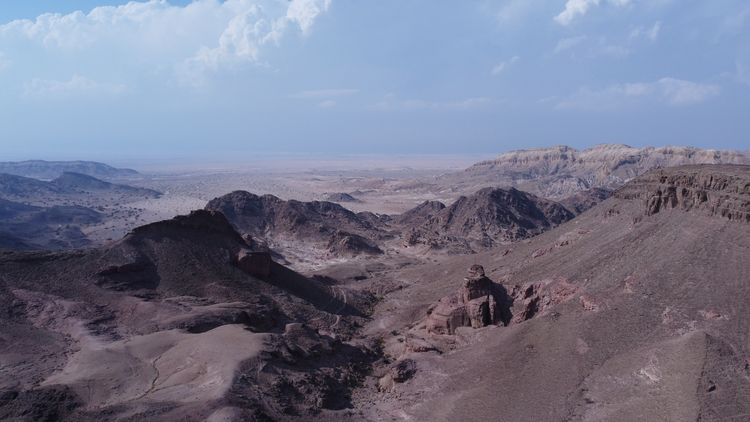 On these pages you will find news on publications, events and projects regarding the Transjordan and Judah research by Benedikt Hensel (University of Oldenburg).

The study of the Transjordanian regions and the kingdoms of Ammon, Moab and Edom during the Iron Age has experienced an upswing in recent years, with particularly high interest in its historical and archaeological aspects as well as its place within larger Near Eastern studies. Meanwhile, its importance for the fate of the Southern Levant in antiquity is becoming increasingly clear. Despite lying on the fringes of the Southern Levant, these kingdoms were rather influential polities; both the copper mining activities of Edom in the early stages of its nomadic tribal organization (at Timna and at Faynan) as well as the later international trade and economic systems proved rather impactful for the entire eastern Mediterranean. The Transjordanian regions of Moab, Ammon, and Edom stood alongside the Aramean kingdoms, the Phoenician city states, and the Southern Levantine coastal plain under the cultural influence of the Philistines as places of vital importance for their respective cultural contacts in the Iron Age until the Babylonian conquest of the sixth century BCE.

Beyond the many open questions concerning exact details in this context and in spite of the importance that the field has attributed to the Transjordanian regions for the Iron Age into the 6th century BCE, it is astonishing that scholarly interest in Moab, Ammon, and Edom sharply halts at the loss of political independence in the 6th century (Ammon and Moab by Nebuchadnezzar II in 582/581 BCE and Edom under Nabonidus in 553/552 BCE) leading to an assumption of subsequent insignificance for the further historical developments in the Cisjordanian heartland. There is still no comprehensive historical description of these regions from the Babylonian period onwards, and this region and period regularly disappear from current depictions of the history of Israel.

This websites document my  research as an multidisciplinary project that assumes the task of describing the fate of the regions in Transjordan (Ammon, Moab and Edom, including Idumea in the Western Arabah and the Jordan Valley) from the Babylonian period onwards and the military interventions that Babylon led in the area (6th century BCE) and the subsequent upheavals in the Southern Levant up to the pre-Hasmonean period, as well as determining the complex process of interactions with the Cisjordanian heartland.

The history of Transjordan from the Babylonian period onwards is an absolute desideratum in research, lacking a coherent, concise depiction of the region. This period even regularly disappears from current depictions of the history of Israel. This is noteworthy considering that modern and recent research in this field has been able to highlight the significance of Edom, Moab, and Ammon for the Iron Age I and II (especially for transregional trade) in many excellent and detailed studies.

Transjordan did not disappear entirely. Overall, recent findings strongly suggest, that there was a significant decline in settlement history after the Babylonian interventions, but there was also continuity of settlement at several key sites in the Persian period, as well as a continuation of nomadic or semi-nomadic pastoralism that had been a characteristic of this landscape for centuries. Biblical research has also since identified the Persian period as a decisive phase for the formation of the Hebrew Bible and has become sensitized to possibility that specific texts that reference Transjordan may have stemmed from that time and do also depict or reflect contemporary “Transjordanian realities.” Particularly noteworthy is the evidence depicting Moab or Edom (generally negatively in this period) in a positive (!) manner and with a close and fruitful relationship to the biblical “Israel” of the Persian and Hellenistic periods (such as Gen 33*; Ruth 4; Deut 23)

Additionally, the field has increasingly realized in recent years (although unfortunately only within the context of fine details of findings or specific sites, and only sporadically) that the material culture indicates multifaceted interactions between Cisjordan and Transjordan between the 6th and 2nd centuries BCE. One thesis of this project is that—unlike what is suggested by the geographic designation “Transjordan” and is consistently presented in present research—the Jordan River as well as the Wadi Arabah did not represent a geographic, intellectual, or cultural divide. The Jordan River and the Wadi Arabah were a route and not a barrier, connecting Transjordan with the west. The description of these regions must also include its complex and complicated connections to the Southern Levant and to Judah.