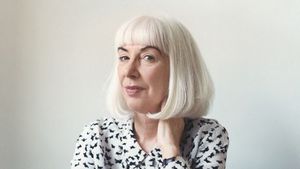 Angela McRobbie is Professor of Communications at Goldsmiths, University of London. She began her academic career in the mid-1970s at the Birmingham University, Centre for Contemporary Cultural Studies where she completed her dissertation on girls’ magazines under the direction of Stuart Hall. That work, along with a number of other key articles, was duly published many times over and was translated into several languages and has come to be associated with the ‘Birmingham School’. Since then she is author of several books and hundreds of peer review scholarly articles. Her fields of expertise include; young women and sexuality, gender and popular culture, the rise of the creative economy, fashion start-ups and social enterprise, gender and the modern work economy, neoliberalism and the ‘gender regime’.

Angela McRobbie has degrees from Glasgow University, Birmingham University and Loughborough University. She has recently been elected a Fellow of the Royal Society of Arts, UK. She is a regular contributor to BBC Radio 4, the Guardian, openDemocracy, she has also written for Tagesspiegel Berlin, Die Zeit, and has been interviewed for SDZ.

Angela lives in London and Berlin.

The following events with Angela McRobbie will be realized in the Research Training Group Self-Making during the winter term 2016/17:

All lectures and workshops are generally open to students and employees of the university.

The amount of participants in every event is limited. Please sign up in advance to participate: selbstbildungen@uol.de