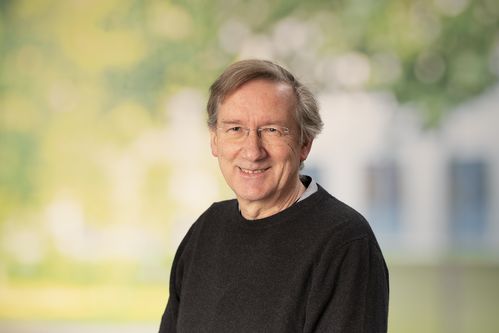 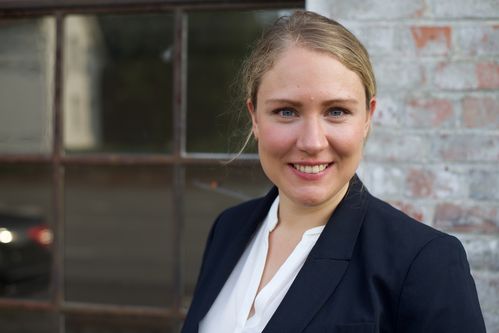 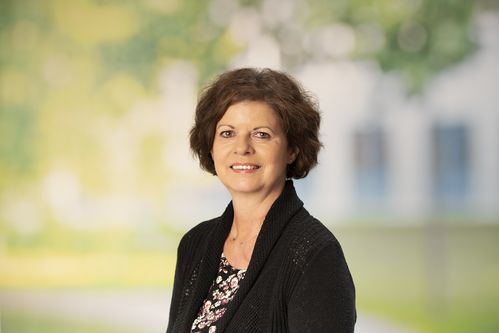 Membrane bound guanylate cyclases (GCs) are key enzymes in diverse physiological processes that synthesize the second messenger cGMP. A subgroup operates in sensory cells mediating phototransduction, chemosensation and thermosensation The current project aims at investigating the molecular control mechanisms of GCs that are expressed in vertebrate rod and cone photoreceptor cells. Photoreceptor sensory GCs are regulated by Ca2+-sensor proteins named GCAPs and by the retinal degeneration protein RD3. Employing the zebrafish retina as model system we focus on the cone specific zebrafish GC3, its interaction network with RD3 and cone specific GCAPs. We further investigate, whether all membrane bound GCs operate via a common rotation-like mechanism using a combination of site-directed mutagenesis and fluorescence studies.

2. The contribution of horizontal cells to retinal adaptation

(Dedek with Janssen-Bienhold and Greschner)

In the retina, different mechanisms have evolved to adjust neuronal responses to the ambient light level, such as molecular processes in photoreceptors, specific pathways for dim- and bright-light vision and feedback loops within the retinal network. Already at the first visual synapse, such a feedback loop is established: horizontal cells receive glutamatergic input from photoreceptors and feed signals back to photoreceptors, thereby keeping the photoreceptor/bipolar cell synapse in its working range. As the strength of horizontal cell feedback varies with ambient light intensity, we will test whether the expression of receptor molecules in horizontal cells is also changing upon light adaptation. Moreover, we will test with patch-clamp recording from individual ganglion cells how ganglion cell responses change under different light levels when horizontal cells lack key receptor proteins.

We will use quantitative immunohistochemistry and patch-clamp recordings to study the contribution of horizontal cells to light adaptation.

3. Interactions of horizontal cells and the ribbon-synaptic complex of photoreceptors

Photoreceptors form a morphologically and functionally unique synapse, the so-called triad ribbon synapse. Triads are invaginating synaptic complexes at the axon terminals of photoreceptors. They are composed of a presynaptic ribbon which is laterally flanked by two postsynaptic horizontal cell (HC) processes and centrally contacted by one or two ON-cone/rod bipolar cell dendrites. Horizontal cells take center stage at this synaptic structure due to their largely elusive role in vision, their extraordinarily complex synaptic connectivity, and the requirement of their presence for a proper formation of the triad synapse as a whole.

We will use retinas of wild-type and genetically modified mice in combination with immunohistochemistry, protein biochemistry, and molecular biology to investigate the synaptic and structural components whereby horizontal cells contribute to network and synapse formation and thus, to proper signaling in the outer retina.

4. The effect of horizontal cells on the retinal output signal

(Greschner with Dedek and Janssen-Bienhold)

A fundamental problem common to all sensory systems is how to represent the large natural range of stimulus amplitudes within the limited operating range of a sensory neuron. In vision, the light intensities vary by many orders of magnitude across a day, but adaptation is also necessary on much smaller spatio-temporal scales. Within a visual scene, light levels vary from shadows to highlights up to three orders of magnitude while eye movements rapidly shift the scene across the retina. Already at the photoreceptor synapse, horizontal cells control the gain of the light signal. Photoreceptors excite horizontal cells that in turn provide feedback inhibition to photoreceptors and feedforward signals to bipolar cells. However, the role of horizontal cells in the processing of abrupt light intensity changes across varying spatial scales remains unclear.

We will use large-scale multi-electrode arrays with over 4000 electrodes to simultaneously record several hundred ganglion cells from mouse lines deficient in key proteins of horizontal cell signaling to study their effects on the retinal output signals. We will complement these studies with behavioral tests of these mouse lines to estimate their visual sensitivity. See www.uol.de/en/retina/research/ for more information.

(Neidhardt with Greschner, Koch and Rabus)

Retinal dystrophies are a group of blinding diseases that can be caused by defects in primary cilia or connecting cilia. RPGR is known to be a protein that localizes to cilia and mutations in the RPGR gene cause retinal dystrophies.

Highly motivated candidates with a strong interest in understanding pathogenic pathways involved in retinal diseases/ciliopathies, as well as a strong interest in genetic high throughput, cell culture, and therapeutic/translational techniques are encouraged to send their applications to the project 5.

6. Role of microRNAs in the auditory system

Mutations in miRNA-96 are associated with deafness by causing hair cell loss. The miRNA is also upregulated during maturation of the auditory brainstem. Here we aim to gain mechanistic insight into its role in auditory hindbrain structures using miRNA-96 knockout mice. Consequences of gene loss for development and function of the auditory brainstem will be investigated on the molecular and cellular level by applying anatomical analysis, as well as high throughout gene expression profiling and high-end microscopy (STED).

The ideal candidate should have profound knowledge in neurobiology and genetics. Hands-on experience in RNA isolation, PCR, immunohistochemistry and/or in situ hybridization are of advantage.

7. Genetic and sensory basis of orientation behavior in fish

We aim at understanding which sun related cue(s) the coral reef fish larvae use for their sun compass orientation and whether they are able to detect polarized light, which could be used for orientation under cloudy conditions.

To understand the basic sensory mechanisms of polarized light vision at different wave lengths, we will determine whether and which opsins are necessary for guiding orientation behavior. We will use zebrafish first to establish methods to finally apply them on coral reef fish.

We are looking for a candidate working on neuronal, molecular and/or behavioral mechanisms in orientation behavior in fish. Skills in breeding fish (fresh- and saltwater) and operant conditioning experiments are advantageous. Experience with MATLAB or similar programs is helpful.

8. Localization and function of the avian cryptochromes

(Mouritsen, with Koch, Janssen-Bienhold and Lienau)

A wealth of behavioural, molecular and neuroanatomical data indicate that the magnetic compass of night-migratory birds is embedded in the eyes. The mechanism seems to be light-dependent and to rely on quantum effects in the spin chemistry of radical-pair intermediates The only class of photoreceptor molecules known to exist in vertebrates and which form long-lived radical pairs upon photo excitation are the cryptochromes. Cry4 seems particularly interesting. It has so far only been found in birds, fish and reptiles - the three groups of animals in which the evidence for magnetoreception capabilities is particularly strong.

Therefore, the main research questions of this project will be to investigate in which specific cell types of the migratory bird retina Cry4 is located, how the cryptochromes are aligned inside the photoreceptor cells and wether birds with knocked-out cryptochromes can use their magnetic compass.

Rainbow trout and related Pacific salmon species have been demonstrated repeatedly to have a magnetic sense, which works in darkness as well. This points to a magnetic-particle based pathway of magnetoreception in these teleost fish, which lack electroreceptors. Still, the molecular identity of the cells containing the magnetic particles has remained obscure. The main obstacle here is the sparse distribution of such cells combined with the lack of a histological technique that would be sensitive enough to label sub-100 nm magnetic particles in tissue sections. Therefore, the key task is to first find the magnetic cells.

( Rabus with Koch and Nothwang)

Chemical sensing is an essential capacity for bacteria to recognize life style relevant parameters in the environment, such as growth-supporting organic substrates, and to thereby adapt the cell´s physiology in an energy efficient manner.

This project will focusses on aromatic compounds and hydrocarbons, which are structurally divers and globally abundant organic molecules, and on bacteria anaerobically (without - O2) degrading these recalcitrant compounds. We will use the denitrifying betaproteobacterium 'Aromatoleum aromaticum' EbN1, as model system. Strain EbN1 is the currently best studied anaerobic degrader from a differential proteogenomic perspective Genome analysis suggested that the substrate-specific regulation is initiated by highly specific chemical sensing. The aim of the project is to decipher the components and their mode of action for discriminating structurally highly similar aromatic compounds in strain EbN1.

Diaminoterephthalates are excellent fluorescent dyes which moreover define a mo­lecu­lar scaffold for binding up to four different effector groups or pharmacophores. This fluores­cent scaffold can be equipped with azides, alkynes or maleimides as reactive groups for binding pro­teins. Further­more, the fluorescence of maleimide-functionalized congeners is “tur­ned on” by the conjugate addition of thiols.

(Lienau with Christoffers, Koch and Mouritsen)

Photoreception or, e.g., radical-pair formation in putative magnetoreceptors are fundamental processes in photobiology. In all of these processes, (sun-) light is converted into some form of chemical energy. From a physical perspective, these processes involve the quantum-coherent interaction of light with a large number of electrons and nuclei in the receptor molecule. This interaction initiates the elementary charge or spin transfer process that are essential for the function of these receptors. More and more experimental evidence has been gathered showing that such quantum coherences exist even at room temperature and that they persist on unexpectedly long time scales. Still, it is not clear whether they play a functional role.

Donor-acceptor dyads have been synthesized that are comprised of a diaminoterephthalate (DAT) donor and a C60 fullerene acceptor, connected by a pyrrolidine linker.

The central aim of this project is to quantitatively analyze ultrafast light-induced charge transfer processes in dyads comprised of DAT chromophores linked to different acceptor units as a new mode system for artificial light harvesting complexes.