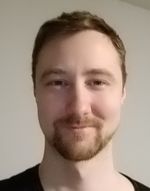 My research is focused on inter-subject alignment of neurophysiological data to facilitate group analysis and machine learning across subjects. A naive method is to just assume that subjects are aligned in sensor space, but problems arise due to anatomical and functional differences of the brains and differences in exact sensor locations.

MEG recordings are particularly susceptible to individual cortical folding patterns, because the orientation of sources determines which parts of the signal are detectable from outside the head. Hence, a method for inter-subject alignment is needed which does not rely on the assumption that brain anatomy and function are well correlated.

I use statistical methods and dimensionality reduction tools to find a common low-dimensional space in which temporal signatures of subjects' data are matching, therefore providing a functional rather than an anatomical mapping between subjects.