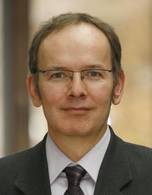 Oldenburg. It's a considerable amount of money for hearing science: When the seven scientific committee members of the Parisian Agir Pour l’Audition organisation meet for the first time at the end of February to decide about the distribution of research grants, there is also a scientist from Oldenburg present. Prof. Dr. Volker Hohmann, holder of the professorship for psychoacoustics and one of the principal investigators in the cluster of excellence „Hearing4all“ and co-winner of the "Deutscher Zukunftspreis" in 2012, has been a member of the comittee since its foundation in 2014.

The organisation aims for a deeper sensitisation of the french society for the widespread hearing problems and to improve the distribution of hearing systems. The scientific committee surveys two project types: 1) laboratory subventions for research institutions in France and - if necessary - their international partners, and 2) stipends for the (national/international) research of French postdocs. „Agir Pour l’Audition“ is financed by the Bettencourt Schueller foundation.

After a first meeting of the committee in September 2014 and the definition of the research aims, the panel will meet again at the sidelines of an international ENT conference in Maryland (USA) unter the leadership of Prof. Dr. Karen Avraham (University of Tel Aviv).

Hohmann has been a member of the institute of physics at the Oldenburg university since 1993 and habilitated in 2007. He is one of the founders of the Hoerzentrum Oldenburg. In 2012, together with the Oldenburger physicist and physician Prof. Dr. Dr. Birger Kollmeier and Dr. Torsten Niederdränk (Siemens AG) he received the German future award "Deutscher Zukunftspreis". The research foci of Volker Hohmann are models of signal processing in the auditory system (particularily of the binaural hearing), and their applications in the area of signal processing for hearing aids.