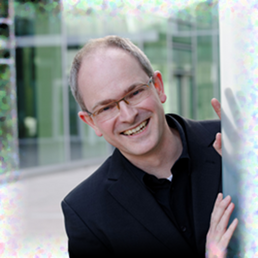 At the annual conference of the German society for audiology (Deutsche Gesellschaft für Audiologie) in Bochum, Dr. Thomas Brand, one of the leading scientists in the medical physics division in Oldenburg, received the Meyer-zu-Gottesberge award for outstanding junior scientists. This award is granted regularily to outstanding younger researchers in the area of audiology who already have a high international reputation but haven't been granted a professorship yet. "The unique scientific features of Thomas Brand are reflected in his impressive publication list and the number of graduates he shaped on a master and doctoral level. They refer to the methodology in audiology, the modelling of hearing loss and the establishment of the Oldenburg master study program „Hörtechnik und Audiologie“ (hearing technology and audiology)," said Professor Dr. Dr. Birger Kollmeier, head of the medical physics division at the Oldenburg university in his laudation.

Thomas Brand studied physics in Göttingen and - being a founding member of the medical physics division - has been working in Oldenburg since 1993. He finished his PhD in 1999 on the "Analysis and Optimization of Psychophysical Procedures in Audiology". Since then he acquired an excellent reputation as project leader in the Collaborative Research Centre "The active auditory system", in the "Audiology Initiative Lower Saxony", in the Cluster of Excellence "Hearing4all" and in the interdisciplinary project "Aulin" (Audiology and Linguistics) and as a group leader in the area of speech audiology and contributes essentially to the outstanding reputation of the hearing research in Oldenburg. In Oldenburg and the surrounding area, Dr. Thomas Brand is not only well-known as a scientist but also as the guitarist of the jazz band "Jazzoline."

Also in other award categories sponsored by the German society for audiology, researchers from Oldenburg were very successful and emphasised the great impact of the audiological research done in Oldenburg: PhD student Maren Stropahl (graduate of the master program „Neurocognitive Psychology“) received a promotional award, PhD student Anne Schlüter (Institute for Hearing technology and audiology at the Jade Hochschule) received the publication award and Professor Dr. rer. nat. Dr. med. Ulrich Eysholdt, emeritus professor of phoniatry and pedaudiology from Erlangen and recently employed as a senior professor at the Oldenburg university, received the honorary membership of the society.