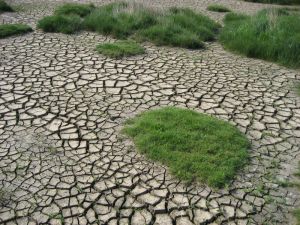 The Jade Bay in its today’s dimension was created by medieval storm surges. Up to the beginning of these marine intrusions vast salt-marshes covered the area. As those parts of the coastal landscape are very sensitive indicators for sea level changes, they act as sedimentological archives. So this part of the project deals with the change of the coastal landscape during the Holocene sea level rise focussing on former salt marsh belts, silting-up zones and erosive tidal creeks. By sedimentological and palaeoecological investigations in sediment cores the position, structure and extension of these structural features at the land-sea interface can be reconstructed giving an idea of the processes and reactions taking place during a changing sea level. As vegetation and diatom associations indicate a high resolution position in relation to the level of mean high water, a facies analysis may lead to a reconstruction of different mean high water levels and their respective coastlines in the past 10.000 years. The main emphasis is put on the region of a flooded area during medieval storm tides, the so called “Schwarzes Brack”, southwest of Wilhelmshaven. Furthermore, existing data from the State Authority for Mining, Energy and Geology of Lower Saxony (LBEG, Hannover) will be used and interpreted with regard to climate indicators in order to reconstruct the evolution of the coastal region.