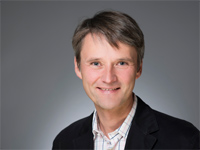 Against the Tide - Critics of Digitalisation

Otto Peters is one of the most prominent writers on distance education theory. His work spans from the late sixties when he developed his theory of distance education as ‘most industrial form of education’ to this decade when he explored the ‘new learning spaces’ afforded by digital technology.

In this book Peters changed his vantage point: He introduces 21 authors critical of digitalization who examine the collateral damage done by the digital technology on which the new forms of learning at a distance, of which Peters was one of the most prominent theoreticians, depend. According to the motto he choose for this volume that “nothing is true anymore without its opposite” he wants distance education enthusiasts to brave the ambiguities and trade-offs. Only then the distance educator is able to recognize the profound impact and breadth of digitalization without being naïve about it.