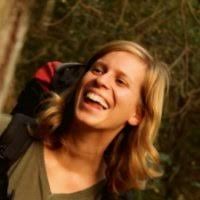 Marine sponges are ecologically important members of marine ecosystems, providing shelter and nutrition for many organisms. Due to their large filtering capabilities, they play a key functional role in the aquatic environment linking benthic and pelagic ecosystems. Possibly due to their associations with many microorganisms, some sponges can remove significant amounts of dissolved organic matter (DOM) from the water column and turn them into particulate organic matter, which is then accessible for higher trophic levels. The aim of my PhD is to further investigate the DOM path of the so-called sponge loop. I want to find out whether the sponge holobiont will influence the DOM composition in the water and which role the sponge-associated prokaryotes play in this process. Further, I am interested in the fuel of the sponge loop: which DOM sources are the most processed ones by the sponge and its associated prokaryotes?

April 2018 until now: Member of the graduate school oltech for “Science and Technology” in “Environmental Science and Biodiversity”, University of Oldenburg (Germany)

January 2015 until August 2015: Master thesis at the CCMAR with Rodrigo Costa about the “Worldwide diversity of sponge-associated Acidobacteria”, University of Algarve (Portugal)

September 2013 until August 2015: International Master of Science in Marine Biodiversity and Conservation at Ghent University (Belgium), University of Oviedo (Spain) and University of Algarve (Portugal)

October 2010 until September 2013: Bachelor of Science in Geoecology at University of Potsdam (Germany)